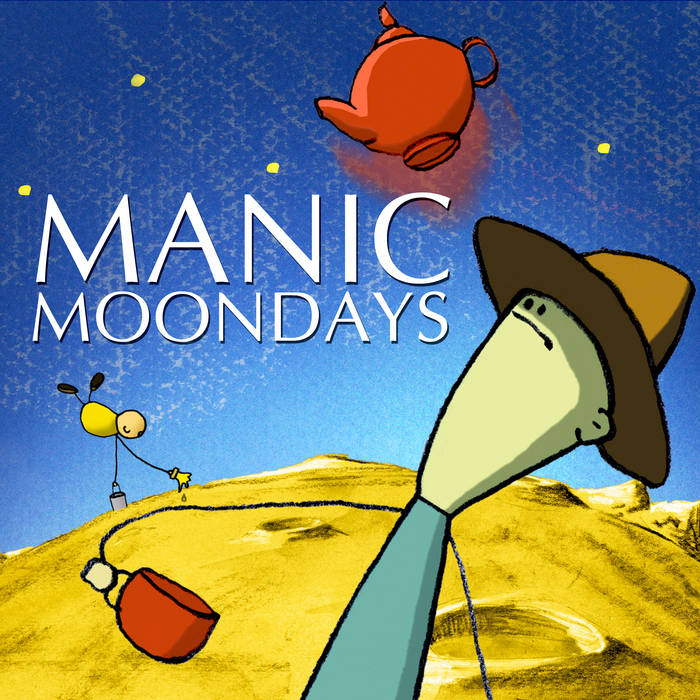 The complete soundtrack, lots of background info and an audio commentary:
rettward.bandcamp.com/album/manic-moondays-extras


LIFE ON THE FAR SIDE OF THE MOON?
Music for the award-winning animated short film

The story and characters of the film “Manic Moondays” have a lot of charm and heart, and in addition the film is minimalist and masterfully realized. After its release, the film was screened at festivals around the world and featured on television.

For the sound palette, I chose a contemporary film orchestra sound. Quite traditionally, I used leitmotifs, meaning that individual characters are given a recognizable melody or perhaps just a short, succinct sequence of notes – namely, a motif. This approach was made well-known by the composer RICHARD WAGNER.

For the new release I mixed the music anew. In doing so, I took inspiration from the mix for the film. This had less reverb than my music had originally. The balance between individual groups of instruments also differed. However, I couldn’t adopt everything one-to-one. A cinematic mix is still quite different from a soundtrack mix: a cinematic mix can have a lot more dynamics and bass. A soundtrack mix, in contrast, has to be denser and more balanced to still sound good on the kitchen radio and cell phone.