from Be Water (Extras) by Rettward von Doernberg 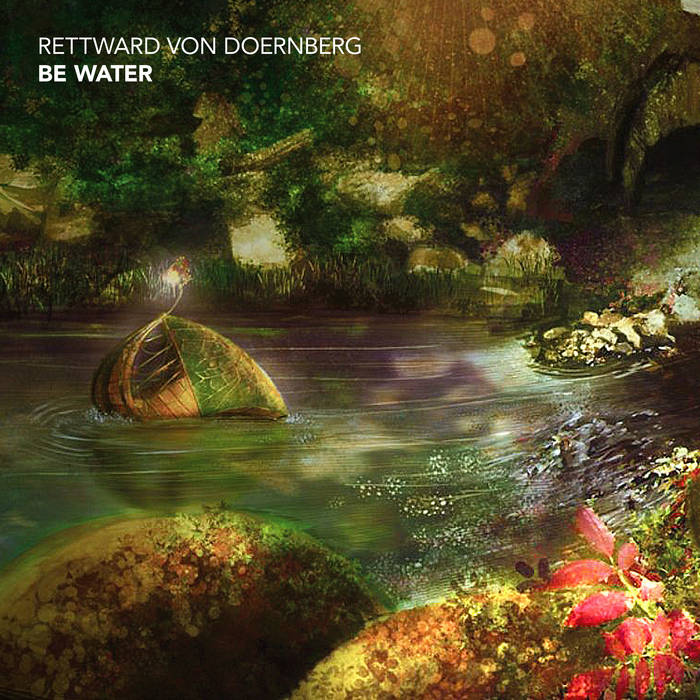 When I try to create a new piece from an idea I usually begin with a draft. Later on this will be very helpful when I’m arranging the piece. However, there are several things to keep in mind. As an example I present the early draft of »Be Water«.

I always have many ideas for new pieces. Most of the time these are small musical fragments that in some way excite me.

However, in order that one day out of these fragments a new piece comes into existence I have to combine them to form an early draft. Here I make sure that along the way I don’t lose precisely that element that initially fascinated me.

I try to obtain a complete roadmap for the piece: the beginning, the actual piece and the ending. That way I can already test the suspense curve of the new piece.

Often there isn’t simply enough musical material to assemble a complete piece. In this case I try to fill in the gaps with new, fitting ideas. Here in general anything is allowed. Often the craziest ideas seem to spur on my creativity.

It’s also important to me that all ideas are realized quickly. I don’t care for good sounds at this point because a tedious search for just the right sound can easily lead to losing a good idea.

Ironically, in this phase of the compositional process bad sounds are often the right fit because they still leave a lot of room for improvement. Also, they make sure that the actual composition has some substance. That’s because with bad sounds I can’t rely on the effect that impressive sounds have.

All the while I’m already looking forward to arranging the piece when I can then choose the best sounds without time constraints. However, when arranging I also have to make sure that the final version really is in all aspects better than the early draft. More often than not I keep certain sounds from the draft.

THE EARLY DRAFT OF »BE WATER«

In both cases I only had a laptop at hand. I had to use the sounds that happened to be available. From these sounds I kept in the final version the bass, the marimba and the muted guitar.

Eventually I completed the early draft, especially the form, in a third session. Now I had a good basis for arranging the piece later on.

Unfortunately, I left open one of the most important things, the ending… This I had to come up with later on.

Because of the very simple sounds, naturally the early draft sounds quite curious in a way. However, I find that this also has some appeal.

And now here it is finally, the early draft of »Be Water« – at full length and in stereo.

If you're interested in an even more behind the scenes look at how "Be Water" came about then check out the Full Analysis – Web Seminar: